It seems that even in birds, age can bring wisdom in knowing which direction to take in life.

Young birds learn which direction to migrate in by following old birds, scientists reported last week in the journal Science. Bird migration has been studied for hundreds of years, but no one has known for sure how birds figure out which route to take. 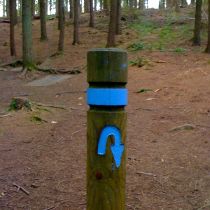 The latest investigation followed a group of hand-reared whooping cranes for eight years, mapping out their migration routes. The five foot tall birds are the largest bird species in North America and also one of the longest-living, surviving to 30 years or older.

The scientists found that older birds stop migrating groups of cranes getting lost. Groups which included a seven-year-old adult bird deviated 38 per cent less from their migration path. One-year-old birds that didn’t have an older bird to follow veered off course by an average of 60 miles. Only one experienced old bird was enough to keep the whole group on track and scientists believe they are better at recognizing landmarks and coping with bad weather.

Professor William Fagan, a biologist at the University of Maryland who led the study said: “This is a confusing landscape over 1500km. Experience matters.”

In contrast, the size of the flock made no difference. Professor Fagan said: “Many biologists would have expected to find a strong effect of group size, with input from more birds’ brains leading to improved navigation, but we didn’t see that effect.”

The study showed that learning takes place over several years, with birds getting progressively better at their migration route in their first five years of life.

Birds were studied at the Whooping Crane Eastern partnership, where cranes are hand-reared and then released into the wild. The chicks are first taught how to migrate by getting them to follow an ultralight aircraft all the way from their breeding ground in Wisconsin to their winter habitat, 1,300 miles away in Florida. They make subsequent migrations without human help, but their daily movements were monitored by satellite transmitters.

Maybe there’s a tip in here for us. If birds can follow the wisdom of their elders perhaps we should all spend a bit more time asking people older and wiser than us for their advice.