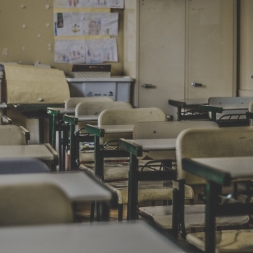 Last week results from a survey of over 8000 teachers carried out by the National Education Union were released during their annual conference.

The views of the teachers are interesting by themselves, but how do their opinions compare to other sources of evidence
Teachers across all schools thought there had been an increase in mental health problems in the past two years, with teachers referencing conversations about suicidal thoughts, increasing exam stress and saying student mental health is at a “crisis point”.

Are child and adolescent mental health problems increasing? It’s hard to separate out whether there are more mental health problems or whether young people are talking about them more. Reviews of long-term research studies following cohorts of young people have suggested that problems like anxiety, depression and self harm in girls is increasing, but problems in boys and problems like conduct disorder in girls remain the same.

What do other sources say about these top three barriers? A 2018 briefing paper for the House of Commons highlighted rising student numbers, poor teacher retention and high teacher workload, estimating the average workload of a teacher last year at 54.4 hours a week.

The teachers’ view that access to non-schools-based support is difficult is supported by government figures suggesting only 25% of those who need it reach Child and Adolescent Mental Health Services (CAMHS), and King’s Fund reports on CAMHS workforce shortages.

Teachers’ impression of funding cuts in schools is also supported by evidence, with the Institute of Fiscal Studies reporting spending per pupil in England falling by 8% in real terms between 2009/10 to 2017-18, and frozen from 2017/18 to 2019/20. 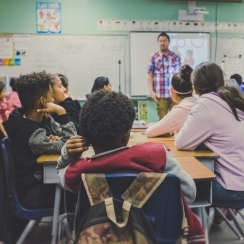 More than a third of the teachers who responded to the survey said that they had had mental health training, although the standard of this was questioned by some as: “lip service… Nothing we didn’t already know and it does not make us mental health practitioners!”

Last year’s green paper on child and adolescent mental health suggested more integrated help within educational settings. In some ways this feels like going full circle: I remember training to be a clinical psychologist with NHS psychologists working on-site in schools. This time round it’s not clinical psychologists who are being suggested, it’s lower intensity psychological provision from a new type of schools-based worker. We don’t know yet how this will go. It will need to be evidence-based, properly and independently measured, and help support teachers rather than pile more workload on them.

Introducing low intensity psychological support on site won’t resolve wider cultural and workforce issues, and while league tables and exams are the measure of school “success”, and while adequate funding for education, social care and health are lacking, it’s wise to resist the idea that in-school provision will solve the “crisis” the teachers are reporting.

Kevin Courtney, Joint General Secretary of the NEU warned, “Schools can’t solve this alone”, and he’s absolutely right. Neither can health or social care, on their own. The most meaningful shift for children would come from a joined up approach from health, social care and education with adequate funding and staffing and a culture which helps children to learn about wellbeing as well as how to pass exams. If school success was measured in league tables of how happy the students and teachers were I wonder what differences we’d see.